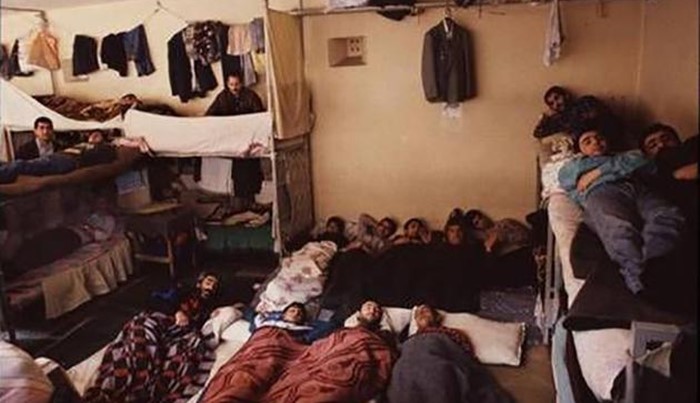 Justice Ministry Deputy Undersecretary Basri Bağcı has informed Parliament that Turkish prisons are currently 9 percent over capacity, saying that some inmates have to sleep in shifts, Gerçek Gündem reported on Friday.

Adding that the government is trying to balance the situation by increasing the number of people and beds in some prisons, Bağcı said: “This creates other problems. The critics on this issue are right. Due to overcrowding they used to sleep in shifts. Despite the fact that the problem has eased, this still continues.”

On Tuesday Republican People’s Party (CHP) deputy Şafak Pavey, who has shared her impressions from visits she paid to some well-known prisons in Turkey, said there is widespread maltreatment, insult and torture of inmates in the prisons.

“From what I have seen [during prison visits], I am of the belief that there has not been any period in Turkey when heavier rights violations of inmates and convicts took place. Social, administrative and illegitimate pressure [on prisoners] is at unprecedented levels. Being different from what happened in other [state of emergency] periods, human rights violations have been institutionalized during this period, and they have been made to gain legitimacy not only politically but also socially,” wrote Pavey.

The Turkish government launched a witch-hunt against people linked with the faith-based Gülen movement following a failed coup attempt on July 15.

In an unprecedented decision, the Justice and Development Party (AKP) government decided in last August to largely empty prisons as no room was left for victims of the most extensive purge and witch-hunt the nation has ever witnessed, which has been ongoing in the post-coup period since July 15.

Although Minister of Justice Bozdağ refused to call the releases a pardon, public opinion has expressed discontent with release of serious offenders.