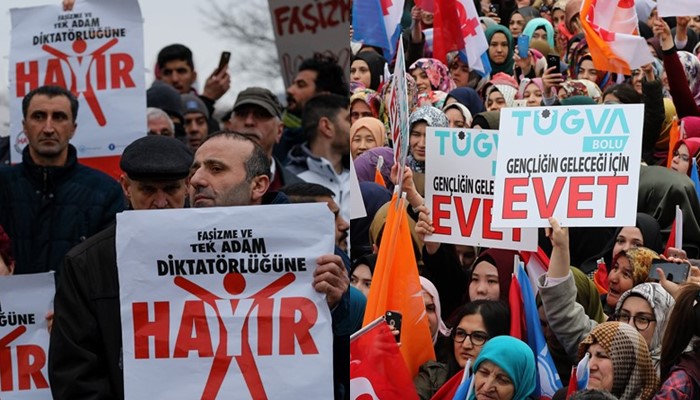 As Turkey campaigns for a critical April 16 referendum on constitutional amendments that would create an executive presidential system in Turkey, handing President Tayyip Erdoğan even greater powers, opinion poll companies have shared contradictory figures about the possible results of the referendum.

According to a poll conducted by the Eurasia Public Research Center (AKAM) between March 3-9, 57.57 percent of voters will say “no” in the referendum, while 42.43 percent will say “yes,” the diken news website reported on Friday.

Another poll result released last week by the Net Research and Consulting Center showed that 51.1 percent of respondents will vote against the amendments, while 48.9 percent plan to vote in favor.

But companies such as Genar, A&G and MAK released results that showed the “yes” votes ahead of the “no” votes.

According to Genar, 55 percent of the electorate will say “yes,” while 45 percent will cast votes against.

A&G’s poll showed that 46 percent of the people are against the constitutional amendment package, while 55 percent is for it.

Opposition parties claim the proposals would remove the counter-balances to the already considerable influence Erdoğan exerts over the government.