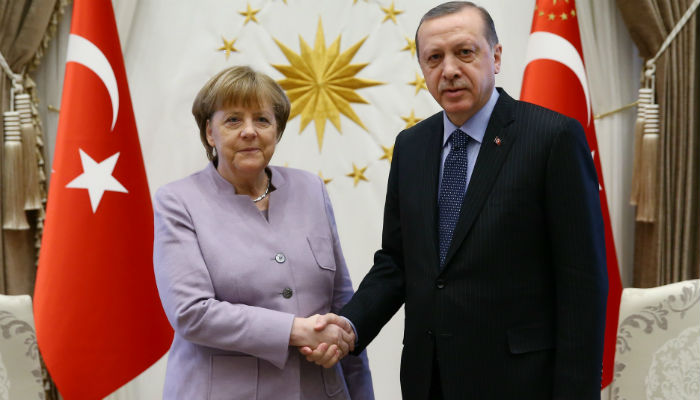 German Chancellor Angela Merkel is visiting Turkey on Thursday to focus on efforts to find a political solution in Syria and the EU-Turkey refugee agreement as well as a number of issues on which Turkey and Germany have disagreements.

Merkel’s visit comes six months after a failed coup attempt in Turkey on July 15. In the aftermath the attempted coup, Turkey criticized its European allies for a lack of solidarity and believes that Merkel’s visit has come far too late.

During Merkel’s visit, Erdoğan and Yıldırım are expected to raise the issue of followers of the Gülen movement who are seeking asylum in Germany and demand their extradition.

The Turkish government and Erdoğan accuse the Gülen movement of masterminding the coup attempt while the movement strongly denies any involvement.

Erdoğan and Yıldırım are also expected to convey their uneasiness about Germany’s attitude in favor of Turkish journalist Can Dündar, who fled Turkey to avoid government persecution and arrest and moved to Germany.

Dündar has been received by many high-level German officials including the country’s president.

For her part, Merkel is expected to voice her country’s uneasiness about human rights violations in Turkey and the heavy government crackdown on the alleged coup supporters in the aftermath of the attempted coup.