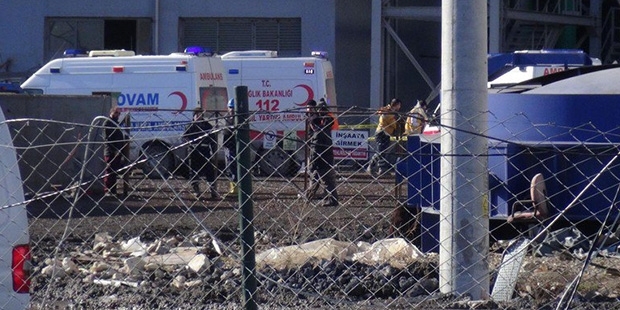 One worker was killed and 15 were injured in an explosion that took place in a rolling mill in the Dilovası district of Kocaeli province on Friday, according to a statement from Gebze district governor Mehmet Arslan.

The injured workers were taken to hospitals in the Gebze and Darıca districts.

Speaking to reporters following a visit to the factory, Arslan said none of the injured workers was in critical condition, adding that an investigation has been launched into the incident.

Turkey has a poor record of work safety. Every year, hundreds of people lose their lives in work-related accidents.