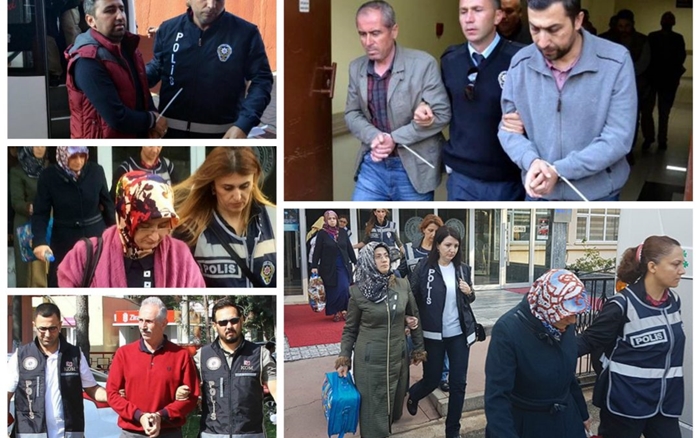 Turkish Labor Minister Mehmet Müezzinoğlu said on Friday that since a coup attempt on July 15, a total of 122,177 people have been investigated for links to the Gülen movement, which the government accuses of masterminding the putsch and is pursuing a massive purge against real and perceived sympathizers of the movement.

Speaking to news channel NTV, Müezzinoğlu provided the latest tally of the ruling Justice and Development Party’s (AKP) purge of critics. According to official numbers, a total of 87,228 people have been removed from public sector jobs while 35,549 people were temporarily suspended. The minister added that 17,020 people in the public sector were reinstated to their positions.

Turkey’s unprecedented witch-hunt had resulted in the imprisonment of 41,752 people as of Dec. 30, according to the tally of turkeypurge.com

Over 6,000 academics were dismissed and nearly 4,000 judges and prosecutors were purged by means of decrees and without due process.