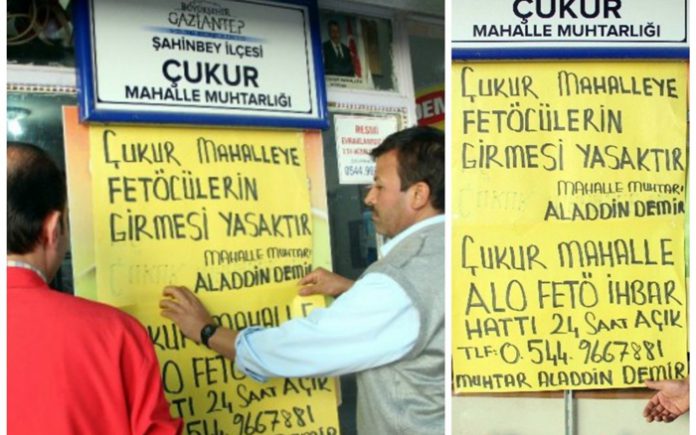 The Turkish Ministry of Interior Affairs has sent a memorandum to all governors asking them to collect information gathered by the lowest-ranking local administrators, called muhtars, on a monthly basis.

The Cumhuriyet daily on Saturday published the memorandum, which asks governors to transmit the intelligence gathered by muhtars on citizens to the Interior Ministry.

The instruction came after President Recep Tayyip Erdoğan declared a national mobilization in the latest of his regular meetings with muhtars at his palace. Erdoğan has urged muhtars to know who is who and who does what in which residence. Erdoğan also told the muhtars to notify security forces of the information they gather. In Turkey, all villages are run by elected muhtars. Muhtars also govern the smallest administrative units, called mahalle, or neighborhoods.

According to the instructions of the Interior Ministry, the governors will hold closed meetings with muhtars. This step will add to the already established “muhtar information system,” which receives information from these lowest-ranking elected administrators.

President Erdoğan had said in one of his regular meetings with muhtars that he is the chief muhtar, or neighborhood head, controlling the entire country.