[UPDATE] Panic in Silivri Prison as inmate sets himself on fire 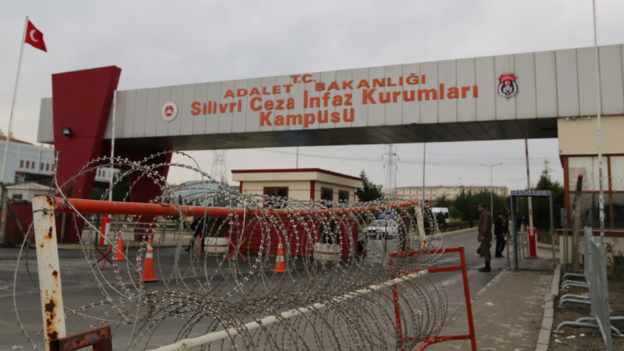 At a time when reports are circulating about government plans to stage riots in Turkey’s prisons to eliminate political prisoners, panic broke out over a fire in İstanbul’s Silivri Prison on Tuesday which turned out to have been caused by an inmate setting himself on fire.

Media reports said a fire broke out on Tuesday around noon in Silivri Prison, where most of Turkey’s political prisoners are jailed. Police and firefighters were dispatched to the prison immediately. However, it later became clear that one of the prisoners had set himself on fire. Circumstances in and around the prison went back to normal.

There was no immediate information about the identity of the prisoner or why he set himself on fire.

There are widespread fears about the safety of political prisoners in Turkey’s jails. Earlier this month, lawyer Ömer Turanlı called on human rights organizations and the relevant commissions of the EU to monitor incidents taking place in Turkey’s prisons while expressing grave concerns about the safety of his clients due to claims of a staged riot.