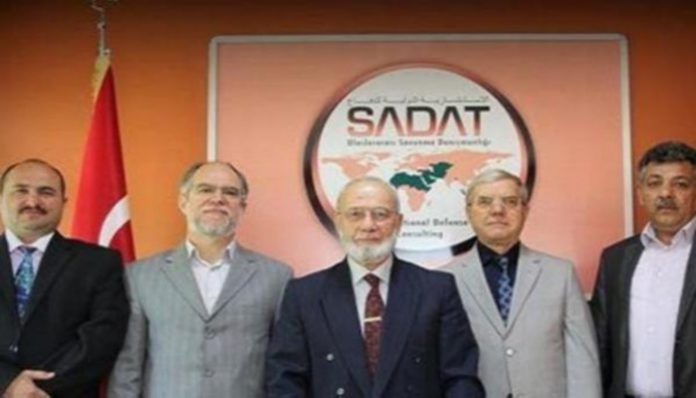 The repressive regime of Turkish President Recep Tayyip Erdoğan has been secretly building a paramilitary force with the help of retired Islamist and neo-nationalist generals since 2011 using Libyan and Syrian theatres for drills. An orchestrated failed coup attempt on July 15 gave Erdoğan a fresh mandate to turn over the helm of the NATO alliance’s second largest army to this paramilitary group, with many distinguished officers including four-star generals purged without due process or investigation and replaced with partisans.

The top brass appears to be more beholden to Erdoğan’s whims and emotions now more than ever, suffocating under the unprecedented purges, arrests and incessant smear campaigns run by the president’s propaganda machine. As a result the military would likely be more welcoming to do the dirty bidding of Erdoğan in cracking down on the president’s long list of enemies at home and abroad.

If this significant hard power in the hands of this autocrat follows the vicious pattern we have seen in the judicial and executive branches of the government, everybody who has a vested interest in maintaining stability in Turkey must be concerned. If it is any indication, Erdoğan’s irredentist approach and belligerent remarks threatening Greece, Syria and Iraq came right after he consolidated his grip on the military. He openly started questioning Turkey’s established borders with neighbors, fanning a nationalist fervor among the Turkish population.

Emergency rule gave Erdoğan and his political associates in the government the ability to govern the country with simple decrees that are not subject to any effective judicial or legislative review. Abusing these extraordinary powers, Erdoğan annexed his paramilitary forces to the Turkish military and handed over significant leverage from training to operation planning abroad to his militant advisors. He shut down military schools and academies and opened up recruitment in the officers corps to people from non-military backgrounds.

But more importantly, Erdoğan orchestrated a change that went largely unnoticed amid massive purges that have so far amounted over 100,000 from the military and branches of government. The change was buried in a government decree dated Oct. 31, 2016 that included a long list of dismissals and many changes. It said “retired officers and noncommissioned officers are tasked with involvement in the recruitment of military personnel and cadets to the Turkish Armed Forces [TSK] until 2020.” This critical change effectively gives the entire personnel policy of the Turkish army to retired military men whose allegiance lies with the personality cult of the country’s top Islamist.

The man who runs Erdoğan’s private army, called Sadat, which has been training militant Islamist rebels who are fighting in Libya and Syria, is Adnan Tanrıverdi, a retired lieutenant general who was given the official position of chief military advisor to the president in August, a month after the failed coup. He is the point man who will reshape NATO’s largest army after the US by steering recruitment policy until 2020. Tanrıverdi is known for his Islamist ideology and has counseled Erdoğan for years although in an unofficial capacity.

An interview he gave in August to the media outlet of Kurdish Hezbollah, a group that is fully supported by the Erdoğan regime, sheds light on his views of the Turkish army and NATO allies. He claimed the failed coup attempt was staged by the US and Muslim scholar Fethullah Gülen, a critic of politicized Islam and an opponent of Erdoğan, asserting his involvement without offering any evidence to back up these claims. He also hailed the restructuring of military education and recruitment. This shadowy figure, who has been implicated in operating secret bases in Turkey to train rebels for Syria, Libya and other countries, was reportedly involved in cracking down on Kurds in the Southeast.

Lt. Gen. Tanrıverdi, forced to retire in 1996 from the Turkish military due to his religious leanings, had served in the special operations department. Erdoğan tapped this man to run his clandestine operations and helped him set up a company called Sadat in February 2012 right after the Arab revolutions picked up pace in the Middle East and North Africa (MENA) region. A company document dated July 25, 2015 shows Sadat hired Samih Ghasham, the owner and general manager of the Ocean Gate Group, as a contractor to operate in the MENA & Gulf regions as a liaison for Sadat. Posted photos indicate Tanrıverdi is a frequent visitor to Libya, meeting with Libyan generals and Turkish Embassy officials. A Saudi Arabian link to Sadat is provided by a retired colonel named Ghazi Al-Harbi.

Turkey government whistleblower Fuat Avni revealed Erdoğan had contracted Sadat to provoke a civil war in Turkey in order to survive his troubles amid chaos. The militants in Sadat’s paramilitary units are drawn from the Islamic State in Iraq and the Levant (ISIL), al-Qaeda and other radical groups. Avni even claimed that Sadat tapped youth groups affiliated with Turkey’s ruling Justice and Development Party (AKP) and trained assassins to be sent to Europe. Abdurrahman Dilipak, a top anti-Western Islamist ideologue who had a private audience with Erdoğan, is listed as an advisor to Sadat. Sadat’s activities were brought to Parliament’s agenda with several questions submitted by opposition parties, but the government declined to respond to any of them.

Sadat was reportedly involved in the orchestrated coup attempt of July 15, and its militants were the ones who shot civilians on the streets rather than enlisted soldiers in the Turkish military. This paramilitary force was all over the country on the night of the coup and the following days, conducting drills on behalf of President Erdoğan. This trial run mobilization was successful, and it means Erdoğan will be able to use them much more effectively in the future when they were called upon to crush political opponents or to quell civil unrest. Sadat’s name again resurfaced two weeks ago within the context of a staged mutiny and false escape plan in prisons that hold political prisoners and critics of Erdoğan. According to reports, Sadat militants will launch a killing spree in prisons under the pretext of an orchestrated escape plan plotted by Erdoğan’s operatives.

Last but not the least, the Syrian operation by Turkey-backed rebels is effectively run by Sadat, whose headquarters are now located in Erdoğan’s palace. The orders and targeting are provided to the Turkish military by Sadat people, who have only one vested interest, which is to help Erdoğan fulfill his caliphate-style ambitions in the region. Even if the top brass may be unwilling to proceed on some of Erdoğan’s orders, that would not matter much given the fact that Erdoğan has already placed loyalists in field command positions to bypass the chain of command.

As a result, if Erdoğan’s vision succeeds, NATO’s second largest army will soon turn into an Islamist bastion that will breed religious zealots just like the Grand Ayatollah’s Iranian Revolutionary Guards Corps (IRGC). This is a clear and present danger to the NATO military alliance.