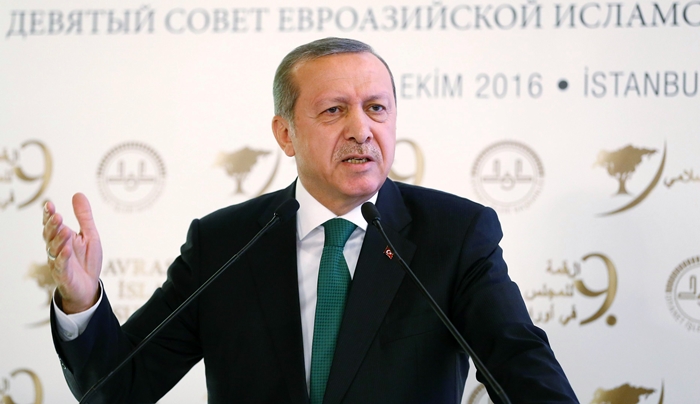 The Justice and Development Party (AKP) will revoke the citizenship of followers of the faith-based Gülen movement who sought refuge abroad due to a government crackdown on alleged movement sympathizers if they do not return to Turkey within a certain period of time, the pro-government Sabah daily reported on Thursday.

In recent remarks President Recep Tayyip Erdoğan said: “They will flee and we will run after them no matter where they flee. Let them become citizens of the country they fled to. From now on, they will not be remembered as citizens of this country.”

The AKP government, which launched a war against the Gülen movement following the eruption of a corruption scandal in late 2013 in which senior government members were implicated, carried its ongoing crackdown on the movement and its sympathizers to a new level after a failed coup attempt on July 15 that killed 240 people and injured a thousand of others.

Thousands of people who are thought to be linked to the Gülen movement have been purged from state bodies since then while around 35,000 have been arrested so far due to alleged Gülen links. Meanwhile, thousands of people had to seek refuge in foreign countries fearing the government crackdown.

According to Sabah’s report, the government will set a deadline and ask the alleged Gülen followers abroad to return to Turkey by that deadline. If they do not return, their citizenship will be revoked.

The government will reportedly take this action under a government decree that has the force of law. A state of emergency declared in the aftermath of the failed coup attempt allows the government to issue such controversial decrees, which bypass the Parliament.

The government will later follow an established procedure and submit a proposal to Parliament concerning the revocation of the citizenship of Gülen followers. When it is approved by Parliament, the list of individuals whose citizenship has been revoked will be published in the Official Gazette, reported the Sabah daily.