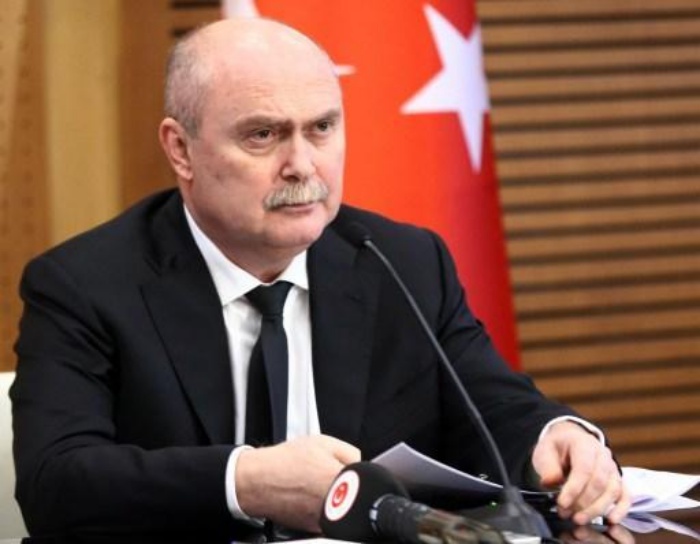 Turkey’s long-time Undersecretary of Foreign Affairs Feridun Sinirlioğlu said in an interview on Saturday that Turkey is being shown the “stick” in international politics because it refuses to “know its place” on the world scene.

Speaking to Kübra Par from the Habertürk daily before his departure to assume the post of Turkey’s permanent representative to the United Nations, Ambassador Sinirlioğlu, who has been a close ally of President Recep Tayyip Erdoğan in the formulation of foreign policy, argued that Turkey has become an equal among all other actors, just as he promised. According to Sinirlioğlu, Turkish diplomacy is one of the four strongest schools of diplomacy in the world. He further said that he takes pride in the fact that his counterparts both in the West and the East have exerted efforts to meet with Turkish officials and did not act without consulting Turkey.

“There is this feeling of ‘Where have these Turks come from, why do we have to deal with them?’” when it comes to the perception of Turkey among foreigners, Sinirlioğlu said. For him, in addition to the long-standing biases against Turkey, the fact that Turkey refuses to “know its place” is the reason why Turkey is so often shown the “stick” in international politics.

Rejecting accusations that Turkey’s Syria policy was mistaken, Sinirlioğlu had said back in 2011 that the situation in Syria would encourage terrorism and trigger a refugee crisis. According to him, when Syrian President Bashar al-Assad used chemical weapons, the United States, contrary to its promise, did not intervene on the ground, while others provided military support to the regime.

When asked what Turkey’s “mistake” was, Sinirlioğlu defended their policies, saying that Turkey has met its humanitarian responsibilities and opened its borders to refugees from Syria.

According to Sinirlioğlu, the accusations that Turkey supported radicals are only allegations, saying that it is a challenge to protect borders when neighboring two country suffering from instability.

Rejecting the argument that Turkey supported certain groups in Syria, Sinirlioğlu stated that Turkey has always evaluated the opposition as an umbrella organization. However, he admitted that in time factions emerged and “foreign elements” complicated the situation. The involvement of “two countries that support the regime” made the situation even worse, he said.

The outgoing undersecretary also denied that Turkey is pursuing a sectarian policy as he warned against a Mosul operation that could turn into a sectarian vendetta. He argued that sectarian policies in the region led to the rise of the Islamic State in Iraq and the Levant (ISIL).