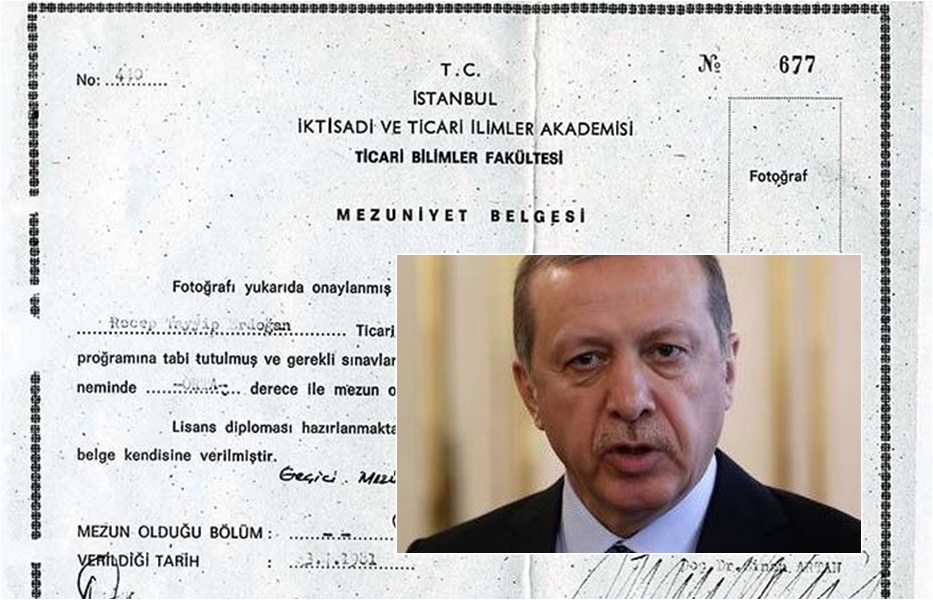 In response to a question posed by the opposition regarding the existence of President Recep Tayyip Erdoğan’s university degree, the minister of defense said the copies of documents submitted certifying Erdoğan’s military service as a college graduate reserve officer have been destroyed.

A university degree is a prerequisite for presidential office in Turkey.

There has been an ongoing debate since Erdoğan’s election in 2014 as to his completion or not of university since the Office of the President has provided no satisfactory documentation of his graduation.

Main opposition Republican People’s Party (CHP) deputy Tur Yıldız Biçer submitted a question in Parliament asking what document Erdoğan submitted to the military for service as a college graduate reserve officer. In response Defense Minister Fikri Işık said all documents of citizens who served in the military as part of compulsory service are destroyed by the time they turn 41.

Despite several calls for Erdoğan to produce an original copy of his four-year college degree to prove that he qualifies to be president, no evidence has been forthcoming proving the completion of studies.

It has been argued that the diploma query system of Marmara University, the college Erdoğan attended, was shut down by a court verdict dated July 18, 2014.

Nationalist Movement Party (MHP) deputy Yusuf Halaçoğlu has long been insisting that Erdoğan does not have a four-year degree but rather a three-year certificate, which does not qualify him to be president.