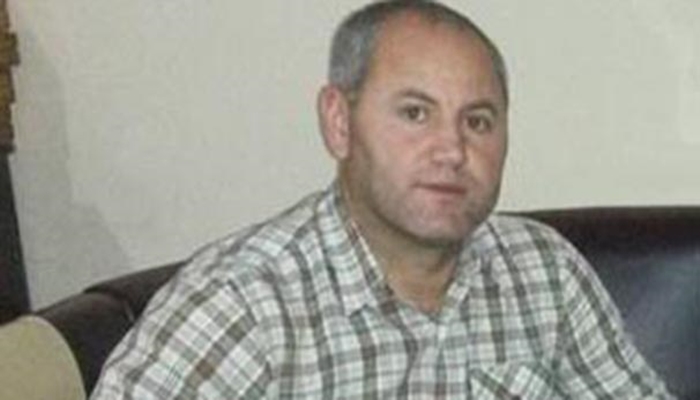 A noncommissioned officer committed suicide in the police station where he had been held in detention for alleged links to the Gülen movement, which the government accuses of masterminding a July 15 coup attempt, the t24 news website reported on Monday.

According to the report the noncommissioned officer (39), identified only by the initials Ö.İ., committed suicide by drinking cleaning solvents in the bathroom of the police station where he was under detention.

Ö.İ. is not first detainee to have committed suicide since the start of a witch-hunt launched by the government after July 15 against people who were believed to be sympathizers of Fethullah Gülen, a Turkish Islamic scholar who lives in the US.

A police officer identified only by the initials E.O. committed suicide on Oct. 5 in the courtyard of the Bayburt Police Station after he was suspended over alleged links to the Gülen movement.

Also on Oct. 5 a Mersin police officer known by the initials A.T. committed suicide in a park a day after he was suspended over alleged links to the Gülen movement.

Turkey’s National Police Department on Oct. 3 suspended 12,801 officers in the latest wave of a clampdown on the movement.

On Sept. 19, the Turkey Purge website reported that at least 14 people have reportedly committed suicide either after they were imprisoned over ties to the movement or after being linked to the movement outside prison.

The relatives of most of them claim that the detainees are not the kind of people to commit suicide, casting doubt on the official narrative. Rumors also have it that some of the detainees were killed after being subjected to torture under custody.

Turkey Purge listed details of suspicious deaths in the aftermath of the coup attempt:

“Ömer Ç. a prison guard who was arrested over alleged links to the Gülen movement, was found dead in a jail in the western province of İzmir on Sept. 1. No statement was released regarding the cause of Ömer Ç.’s death.

A 47-year-old public prosecutor who was recently put behind bars in the western province of Bursa as part of an ongoing witch-hunt against the Gülen movement was found hanging in the prison bathroom on Sept. 16. Seyfettin Yiğit was among those prosecutors who oversaw an investigation into allegations of irregularities within the Housing Development Administration of Turkey (TOKI) in late 2013, a landmark year when widespread graft allegations implicating four Cabinet ministers and a son of then-Prime Minister Recep Tayyip Erdoğan were revealed.

Gökhan Açıkkollu, a history teacher detained as part of operations against the movement, died after he reportedly felt faint in İstanbul’s Ümraniye Prison, on Aug. 5.

Col. İsmail Çakmak, who was arrested in the aftermath of the coup attempt, was found dead in Silivri Prison on July 23. Çakmak was discovered hanging by his bed sheets in the stairwell of the prison.

Necmi Akman, the provincial governor of Manisa’s Ahmetli district, committed suicide two days after he was suspended over links to the movement, on July 18.

Ferhat Daş reportedly committed suicide in a military tank after he realized that the tank had been involved in the coup attempt, on July 15.

An assistant professor at Aydın Adnan Menderes University, Emin Kömürcüler was denied a request for a meeting with Rector Cavit Bircan after the former was implicated in an anti-Gülen operation within the university. Kömürcüler jumped from the fourth floor of a university building.

Col. Levent Önder shot himself at the command building in Siirt on July 20. A written statement from the Siirt Governor’s Office said Önder was suffering from depression as he felt guilty for failing to prevent the coup plotters.

Fifty-year-old Mustafa Güneyler, who was working as an electrical and electronics engineering teacher at a public school in the Osmaneli district of Bilecik province, committed suicide at home by leaving the natural gas on before he went to bed, late on Sept 6. Güneyler was one of thousands of teachers dismissed from their jobs.

Kırklareli Deputy Chief of Police Baki Pekiyi shot and killed himself after he allegedly found out that he would be detained in anti-coup probes, on July 18.

The lifeless body of a kindergarten principal, Ali Derebaşı, whose wife was among thousands of teachers who have been suspended from their posts due to alleged links to the Gülen movement, was found hanging in his school in Kayseri province on Sept. 19, the first day of the new academic year in Turkey.

Deputy Chief of Police in Ankara’s Güdül district Mutlu Çil fatally shot himself after he was suspended as part of an investigation into the Gülen movement, on July 20.

Col. Hasan Yücel shot and killed himself at the General Staff building on July 20. Media reported that Yücel was suffering from depression for his alleged failure in preventing the coup attempt.

Deputy Chief of Police in Bartın’s Ulus district Muhammet Mertoğlu fatally shot himself after a warrant was issued for his detention over his alleged links to the movement, on July 21.”

The Justice and Development Party (AKP) government, which launched a war against the Gülen movement following the eruption of a corruption scandal in late 2013 in which senior government members were implicated, carried its ongoing crackdown on the movement and its sympathizers to a new level after the failed coup attempt on July 15 that killed 240 people and injured a thousand others.