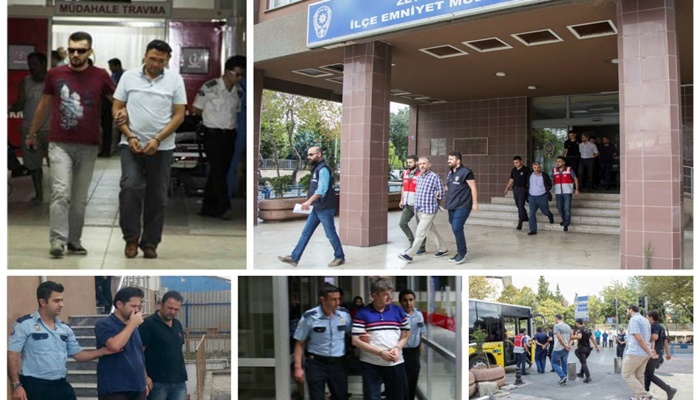 At least 82 people were arrested while 31 others were detained on Sunday, according to Turkish news agencies.

Police carried out the operations in 23 provinces across Turkey. The arrestees over the past day included university personnel, teachers, academics, pharmacists, shopkeepers and court personnel.

The detainees are mostly academics and civil servants.

The victims of Sunday’s operations, carried out as part of a massive purge, have been added to the already-huge group of people who have been either detained or arrested since July 15.

Turkey survived a military coup attempt on July 15 that killed over 240 people and wounded more than a thousand others. Immediately after the putsch, the Justice and Development (AKP) government along with President Recep Tayyip Erdoğan pinned the blame on the Gülen movement, inspired by US-based Turkish Islamic scholar Fethullah Gülen.

More than 100,000 people have been purged from state bodies, nearly 43,000 detained and 23,500 arrested since the coup attempt. Arrestees included journalists, judges, prosecutors, police and military officers, academics, governors and even a comedian. (Turkey Purge)