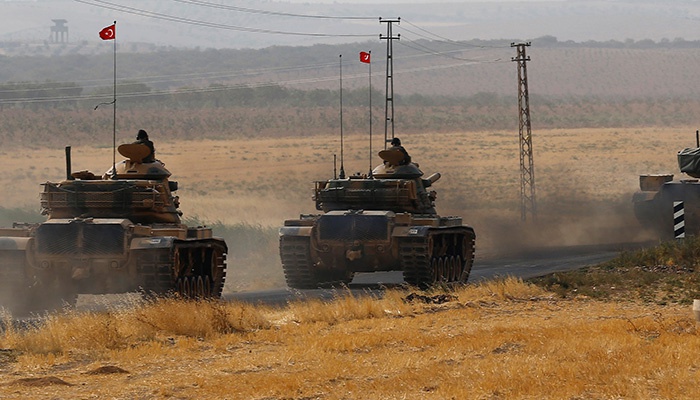 One soldier was killed and three others were wounded when rockets hit two Turkish tanks south of the Syrian border city of Jarabulus on Saturday, hours after Turkish planes struck Kurdish People’s Protection Units (YPG) positions.

Turkey blames the attack on YPG forces, resulting in the first fatalities on the part of the Turkish forces that entered Syria to back a rebel offensive aimed at a takeover of Jarabulus from the terrorist Islamic State in Iraq and the Levant (ISIL).

The attack on the Turkish tanks marks an escalation and may signal dangerous days ahead after Turkish troops engaged in their first armed skirmish with Kurdish militias.

Turkey demanded the pullout of the Syrian Democratic Forces (SDF), a US-backed military structure dominated by the Kurdish YPG, from Manbij and a retreat east of the Euphrates. While the group, after US pressure, said it had pulled out its forces from the city, which it took from ISIL after an 11-week battle, it still maintains a presence there.