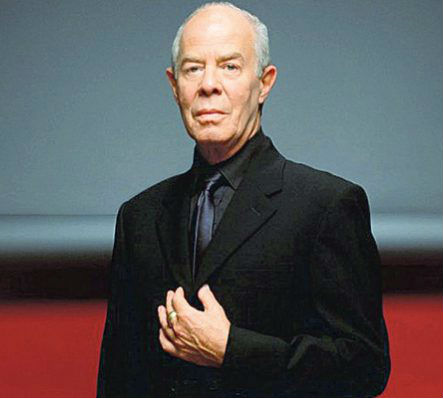 Dutch ballet dancer and choreographer Hans van Manen rejected a “Choreographer of the Century” award from Turkey, in protest of the recent violations of press freedom and human rights in the country, the BBC Turkish reported on Thursday.

83-year-old choreographer cited the recent government crackdown on the media, including silencing of daily newspapers and jailing of journalists. Van Manen was scheduled to be presented the prize as part of the 7th edition of the International İstanbul Opera and Ballet Festival, which will take place between July 2 and 16.

Van Manen’s “5 Tango’s” will be performed at the Süreya Opera House in İstanbul on July 8 as part of the festival.

In early March, the Turkish government took over the management of Feza Gazetecilik Media group, including the Cihan News Agency, Today’s Zaman and Zaman dailies, Aksiyon magazine along with Zaman Kitap. Trustees were appointed to these outlets on a court order on charges of “terrorism,” even though there was no evidence.

In October 2015, the Bugün daily was seized after trustees were appointed to the İpek Media Group.

Also in September, the Nokta magazine was raided by police on the grounds that it violated the law against insulting the president.

Dozens of journalists, as well as activists and social media users, have been prosecuted for insulting President Recep Tayyip Erdoğan in the recent years.

Cumhuriyet daily Editor-in-Chief Can Dündar and the daily’s Ankara chief Erdem Gül are currently facing life in prison on espionage charges due to the daily’s publication of footage that allegedly showed arms shipment from Turkey to Syria via National Intelligence Organization (MİT) trucks.

Celebrating Easter in Turkey: a way for Armenians to show they still exist

Smuggled out in 1964, ancient sculpture of mother-goddess Cybele returns to Anatolia