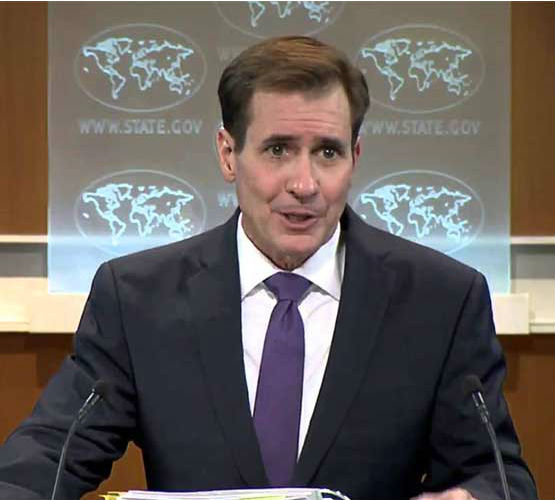 United States (US) Spokesperson John Kirby made clear that the US does not consider the Gülen movement a “terrorist organization” in response to a question regarding the politically motivated efforts by Turkish President Recep Tayyip Erdoğan to frame the social movement as “terrorist.”

Kirby replied to the question “The Gülen movement has not been designated as a foreign terrorist organization. We’ve seen the reports you’re talking about, and I’d refer you to Turkish authorities for more on that, on their decisions.”

When asked if whether the US is concerned that Turkey may accuse it supporting not one, but two terrorist organizations, partly referring to the Kurdish Democratic Union Party (PYD) in Syria, Kirby said “Well, that’s up for the Turkish officials to decide how they’re going to treat this. Again, we don’t consider it [the Gülen movement] a foreign terrorist organization.”

Another question concerned whether there has been an official extradition request for Fethullah Gülen from Turkey. “We don’t talk, as you know, about the specifics of extradition cases one way or the other. I wouldn’t do that,” Kirby said.

Last Friday, Erdoğan announced that he is expecting a Cabinet decision that will officially declare sympathizers of the Gülen movement as a “terrorist organization” in order to put them on trial.