Fifty children from different countries took stage at Espace Leopold, the European Parliament’s main complex in Brussels, Belgium, as part of the 14th International Festival of Language and Culture on Thursday.

A number of European Parliament (EP) deputies and bureaucrats, including Gabriele Preuss, attended the event organized under the patronage of the United Nations Educational, Scientific and Cultural Organization (UNESCO).

Speaking during the event, EP deputy İsmail Ertuğ said that the festival has a key role in establishing peace across the world. “Hosting this event is a source of pride for me, because it [the festival] unites students from around the world and they form a dialogue here. We can see that their performances today embraced all the principles of the European Union,” Ertuğ said.

Antonio Tajani, a vice-president of EP, sent a message to the event, stating that it is an outstanding example of mutual understanding and tolerance. Tajani also hosted the children who performed there in his office and gave them presents.

The International Festival of Language and Culture first started in 2003 in Turkey as Turkish Olympiads. The festival is dedicated to the cultivation and education of youth and the creation of a platform to share cultural heritage with peers around the world.

The first 11 editions of the event were hosted in Turkey, but due to government hostility and the ongoing persecution of the Gülen, or Hizmet, movement — that is involved in organizing the culture festival — the organizers have decided to hold the event in various countries since 2014 to avoid potential problems.

Turkish President Recep Tayyip Erdoğan has accused the Hizmet movement of attempting to overthrow his Justice and Development Party (AK Party) government, but has failed to present evidence to support his allegation.

The International Festival of Language and Culture first started in 2003 with the participation of only 17 countries. Last year, however, more than 2,000 participants from 145 countries took part in the event.

The festival brings together hundreds of students from around the world each year. In 2014, the festival changed its name from International Turkish Language Olympiad to the International Language and Culture Festival.

Netflix removes ‘Designated Survivor’ episode due to demand from Turkey 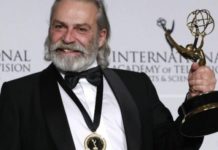 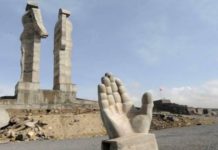