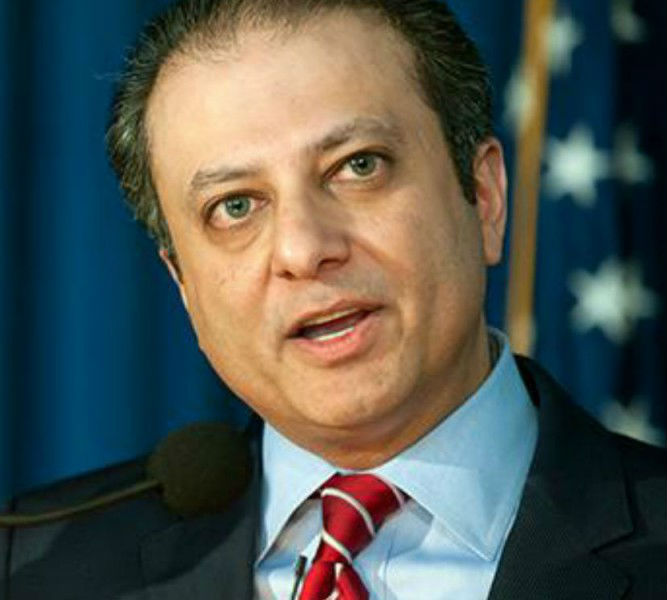 United States (US) Attorney Preet Bharara applied to the court to submit an additional petition in the ongoing trial of Iranian-Turkish gold trader Reza Zarrab, who was the key figure in a government-involved corruption scandal in Turkey in 2013 and is now being tried in New York for evading US sanctions against Iran.

Bharara, the US Attorney for the Southern District of New York, earlier opposed Zarrab’s request to be released on bail saying that he is likely to escape and citing his strong ties to the Turkish officials, as well as 2013’s major bribery scandal involving him and Turkey.

Zarrab’s lawyer Benjamin Brafman had asked the Manhattan court last Tuesday to release his client on a $50 million bond, $10 million of which is cash. Following his objection to the offer, Bharara has made a new move by applying the court with a request to submit a new petition of 58 pages, ahead of Thursday’s hearing that will include bail discussion.

Bharara is seeking a total of 75 years of imprisonment against Zarrab on charges of conspiring to violate US sanctions on Iran, bank fraud and money laundering.